Eighteen meetings in two days. The team from Umeå reported a record interest in our portfolio of startups at the Nordic Life Science Days in Malmö 12-14th of September. Record participation, new location, world renowned key notes, displays, discussions and panels added to the success of the largest life science event of the year in Scandinavia.

Helén Fält and Anne-Charlotte Aronsson, both accelarator coaches at Umeå Biotech Incubator, had a busy schedule during their days in Skåne.

– We had eighteen partnering meetings in two days. All big-pharma representatives wanted to meet us, and we’ve established several all new contacts that we did not have before, says Helén Fält, business coach for cases in the scale-up phase of the incubation process. 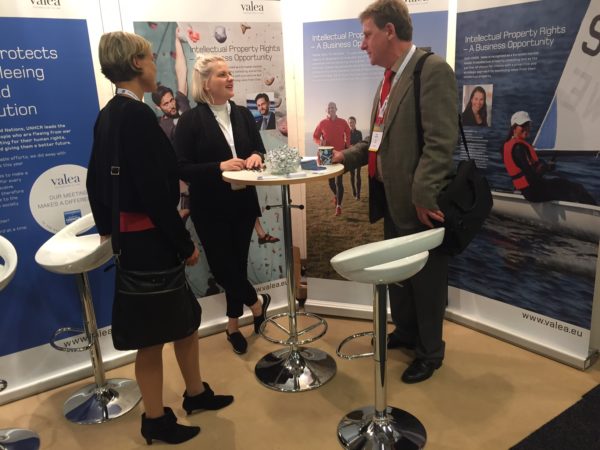 Anne-Charlotte Aronsson also experienced a strong increase in interest in the northern life science startup scene. The meetings scheduled were of high quality, covering a large part of the large-scale industrial stakeholders, such as Abbvie, Merck, Bristol-Myers Squibb, Astra Zeneca and Novo Nordisk among others.

– We were impressed with the setup of representatives on location as well, with great knowledge and strategic positions making each meeting important and worthwhile. I have never experienced such positive demand for personal meetings as this year, says Anne-Charlotte Aronsson. 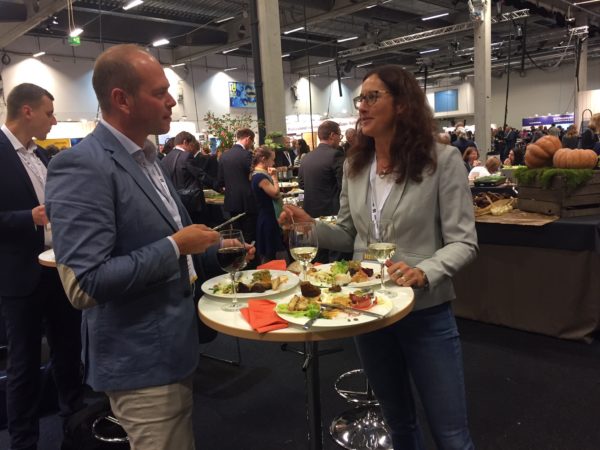 Great feedback on and interest in UBI’s incubation process

In total, eight delegates had travelled south from the Umeå Biotech cluster to attend the event in Malmö last week – that broke all sorts of records. Over 1300 participants, with a good increase in attendance from Germany and Denmark. More than 3000 partnering sessions conducted between companies, industry and innovation stakeholders. Since the start in 2013 the number of participants have doubled.

– We received a lot of positive feedback – especially regarding our stage-based incubation process. Investors and industry representatives also showed great interest in our later-stage companies – all of them asked for one or more one-pagers, with some taking detailed information on all of our cases, says Helén Fält.

In 2018 the Nordic Life Science days will return to Stockholm, and are scheduled to be held between the 10th and 12th of September.

Keep track on the latest news from this yearly event directly at their website (link).