The company has developed a unique and patented probe and method, Onzurf, which can be used to monitor the status of bodily organs from the surface of the organ in question. The probe provides critical life-saving information for patients, and saves resources for the health care sector.

MD Biomedical was founded on research from Umeå University and Norrland’s University Hospital by Pernilla Abranahmsson. The company was sold to Senzime AB in 2015, where the inventor is now the Manager of product development at Senzime.

For how many years did you work with the incubator team?

“From 2011 to 2015, but I’ve been renting office space in UBI’s premises since 2015, were I’m part of their networks, amongst other things.  I also still have some contact with the business coaches there as they coach people for certain grants, for example BioX, from which we received funding.”

What happened to your idea in the end?

“I set up the company in 2011 and was accepted into UBI, I then sold my company to Senzime AB in 2015. The product became CE-certified in December 2017.” Read more about the sale of the company on the press release here:

What did you most appreciate about the incubator environment at UBI?

“The coaching and the network. Being in an environment where there are many “like-minded” people to share your experiences and thoughts with. I’ve had office space at UBI ever since I was accepted into the incubator, and I see it as a huge benefit to be able to have a workplace for your project, otherwise it’s easy for the work to get mixed in with other businesses.”

What learnings have you taken with you from your journey in the incubator?

“To have patience. That everything takes much longer and costs more money than you expect.”

What would you say to others wanting to utilise a research idea?

“Do it! You’ll learn so much along the way, and have loads of fun!” 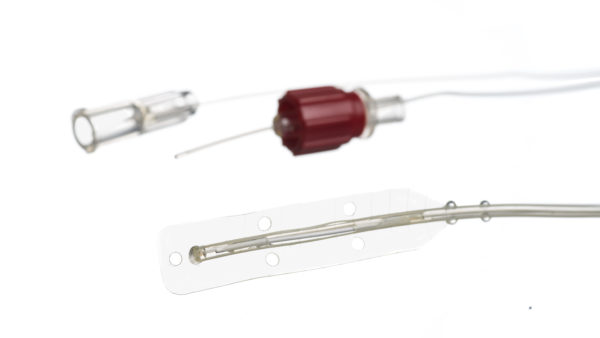 The picture shows the OnZurf Probe.

The OnZurf Probe approved for sales on the European market